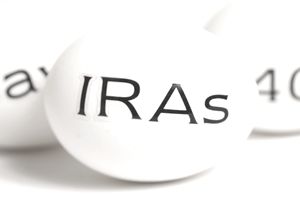 People with large tax-deferred accounts they intend to leave to their children can eliminate a tax burden on their heirs, by converting the tax-deferred money over time. By doing the conversion this way, says a recent article from The Wall Street Journal entitled “Roth IRA Conversions: What You Need to Know,” the cost is manageable and the heirs won’t have to pay taxes.

For a Roth conversion, the owner pays income tax on every dollar converted, which makes sense for people who retire early and want to avoid higher taxes in the future, or when children inherit the assets.

Withdrawals from a Roth IRA, on the other hand, are not taxed and have no required distributions. It is tax-free money, since taxes are already paid. It can be a cash fund as needed, or a tax-free legacy to heirs.

The interest in Roth conversion increased since Congress tightened rules for inheriting tax-deferred assets. In the past, heirs had a lifetime to take withdrawals from inherited IRA accounts. Now, only surviving spouses and a small group of other individuals have this option. For everyone else, there’s a ten-year window to empty the account, which means increased income tax bills, especially for heirs who are already in high tax brackets.

Those who do the conversion over an extended period of time eliminate a tax timebomb for heirs and funds can be invested more aggressively to maximize growth.

In the simplest type of conversion, the owner notifies the custodian of the account of their wish to move assets from the tax deferred account to the Roth account. They need to specify how much they want to move, what funds they want to move and what date they want the transaction to happen. When taxes are filed the next year, all of the money transferred is treated as ordinary income.

Doing this during a market decline is a smart move. One investor moved $200,000 of stock mutual funds during the market downturn, which cost him about $85,000 in federal and state taxes. The converted funds have since bounced back to around $320,000, above where they were before the market decline. Those gains in a tax-deferred account would have been taxable, but now, they are tax free.

Seniors who have low taxable income, but large tax-deferred accounts, might consider doing a conversion every year before reaching age 72, when they must begin taking required minimum distributions.

How Do I Plan for Taxes after Death?

How Do I Talk to the Children about My Estate Planning?