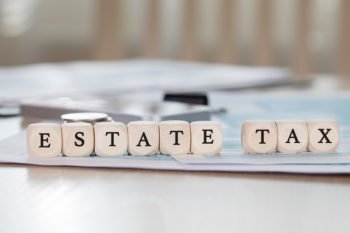 Proposals now being considered by President Biden may expand the number of Americans who will need to pay the federal estate tax in one of two ways: raising rates and lowering qualifying thresholds on estates and increasing the liability for inheriting and selling assets. It is likely that these changes will raise revenues from the truly wealthy, while also imposing estate taxes on Americans with more modest assets, according to a recent article “It May Be Time to Start Worrying About the Estate Tax” from The New York Times.

Inheritance taxes are paid by the estate of a person who died. Some states have estate taxes of their own, with lower asset thresholds. As of this writing, a married couple would need to have assets of more than $23.4 million before they had to plan for federal estate taxes. This historically high exemption may be ending sooner than originally anticipated.

One of the changes being considered is a common tax shelter. Known as the “step-up in basis at death,” this values the assets in an estate at the date of death and disregards any capital gains in a deceased person’s portfolio. Eliminating the step-up in basis would require inheritors to pay capital gains whenever they sold assets, including everything from the family home to stock portfolios.

If you’re lucky enough to inherit wealth, this little item has been an accounting gift for many years. A person who inherits stock doesn’t have to think twice about what their parents or grandparents paid decades ago. All of the capital gains in those shares or any other inherited investment are effectively erased, when the owner dies. There are no capital gains to calculate or taxes to pay.

However, those capital gains taxes are lost revenue to the federal government. Eliminating the step-up rules could potentially generate billions in taxes from the very wealthy but is likely to create financial pain for people who have lower levels of wealth. A family that inherited a home, for instance, would have a much bigger tax burden, even if the home was not a multi-million-dollar property but simply one that gained in value over time.

Lowering the exemption, possibly back to the 2009 level, would dramatically increase tax revenue.

What is likely to occur and when, remains unknown, but what is certain is that there will be changes to the federal estate tax. Stay up to date on proposed changes and be prepared to update your estate plan accordingly.

Reference: The New York Times (March 12, 2021) “It May Be Time to Start Worrying About the Estate Tax”